One of the biggest problems that the world as a whole is facing right now is our reliance on fossil fuels to power our infrastructure, our industry, and our homes. Oil and coal that’s taken out of the planet is burned, which in turn creates enormous amounts of carbon dioxide and other greenhouse gases that are warming up the earth.

It’s for this reason, among others, that many people are wanting to move away from their reliance on fossil fuels and instead invest in greener, sustainable energy sources. One of the very best is solar, which utilises the limitless power of the sun to generate electricity. Here are some of the biggest advantages of switching over to a full or partial solar system to generate power.

1. It’s Cheaper In The Long Run

There’s no denying that installing an off-grid solar power system to run one’s home is by no means a cheap endeavour. Between the cost of the solar panels, the batteries, and the other necessary components, it can be extremely expensive. But it’s also important to weigh that cost up against the long-term costs of paying electricity bills every month.

Modern solar systems can run for at least 25 years and sometimes longer, so when we break down the monthly cost of purchasing municipal electricity, solar can usually turn out to be much cheaper. This is especially true for those living in countries where the continued reliance on diminishing fossil fuels will see consistent price hikes over the years.

While the initial set up of a solar system is best left to the professionals, the overall maintenance of the system is quite easy for those that have made sure to do their reading.

Regular cleaning of the panels, along with checking all the instruments are in good order is something that only needs to be done monthly, and in return the homeowner can expect consistent power that never goes down. This is why it’s vital to ensure that the company installing the solar is one with good reputation and has technicians that know what they are doing.

3. Increases The Value Of The Property

Having a property that’s able to produce its own power will inevitably make it that much more valuable should the owners decide that they want to put it on the market.

With the global push toward greener energy, more and more people are becoming interested in purchasing property that already has solar installed and ready to go, making it a great long-term investment that can ultimately pay for itself in a relatively short amount of time, similar to getting good with mobile casinos Canada. This is even more of a benefit if the property is situated in an isolated area or small village. 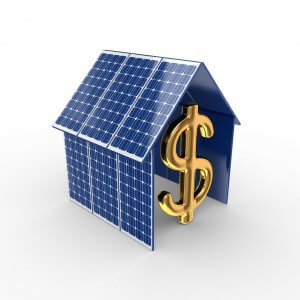 Many governments out there will offer special solar rebates for homeowners that decide to install their own solar system, which can be fairly significant. In other places around the world, the homeowner can actually make money back by selling their spare electricity back into the grid.